Who We Are Is at the Heart of Everything We Do

Simple. Honest. Strong. This is the motto on which CoreSite was built, and the words that our employees live by every day. For our customers, these core values translate into employees who are willing to go beyond the norm to provide exceptional customer service, and data center solutions that are built with our customer’s individual business needs in mind. CoreSite data centers are some of the best in the colocation industry, in part because we take pride in applying our simple, honest, strong motto to the way we do business.

A History to Build Upon

CoreSite Realty Corporation started in 2001 as CRG West, a portfolio company of The Carlyle Group. It was created to meet the needs of interconnection and data center customers at One Wilshire in Los Angeles and 55 South Market in San Jose.

From 2001 through 2009, CRG West continued to expand its data center footprint across the U.S. and broaden its offering of interconnection services. As CRG West's strengths and abilities continued to grow, so did the company's customer base. The Any2Exchange® for Internet peering was launched and quickly became the second largest of its kind in the country. 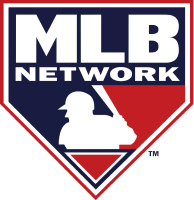 “Working with CoreSite has enabled us to accomplish goals that we did not necessarily feel were realistic two years ago. The relationship has opened a world of new opportunities for us and we are excited to continue the partnership in the future.”